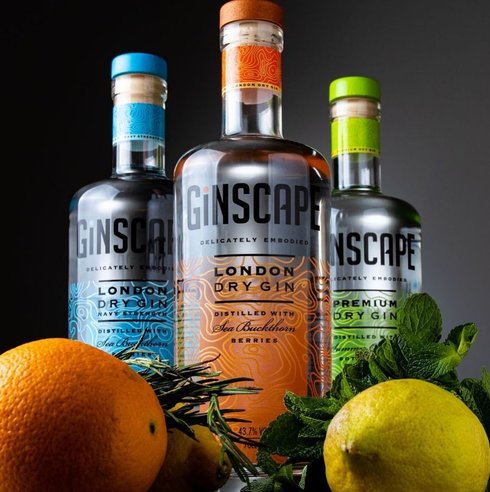 Ginscape is a range of delicately embodied Premium Gin with a perfect and elegant impression, and sligth floral tones from full riped aromatic Sea Buckthorn berries from the Danish Island Bornholm. Smooth and soft base with stunning balance between juniper, coriander and citrus, and with a delicate touch of awareness. Ginscape is developed in Denmark by Scape Spirits.

Ginscape is a new and modern passionate gin bringning your gin & tonic as well as your cocktail to a new and higher level.

The range has received several awards among others Gold at World Gin Awards 2018, Silver, Double Gold and Trophy at International Spirits Challange 2021.

Whitley Neill gin is a series of awardwinning modern London Dry and flavoured gins developed by Johnny Neill, 8. generation of ginmakers, and produced by Halewood International. 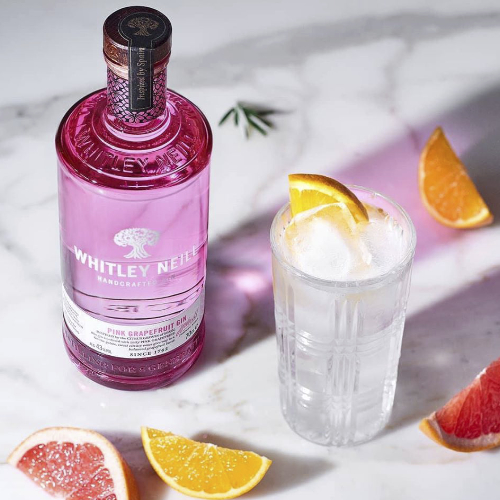 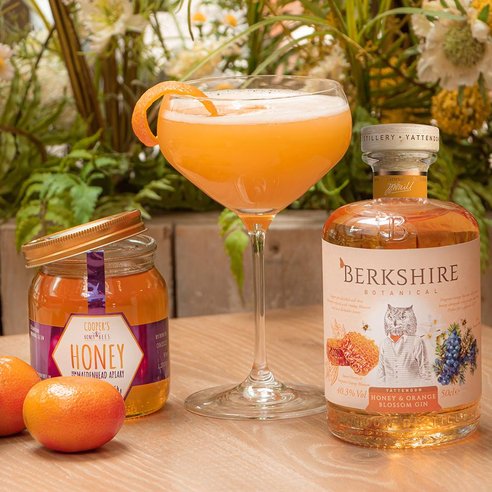 Berkshire Botanical Gin is a range of gin distilled in a pot still (named Harry) in the heart of the 9,000 acre Yattendon Estate in Berkshire.

Peaky Blinder has it's roots in "Black County" and been a fascinating story. The Saddler's has for many years produced the finest beers and spirits, and the Peaky Blinder series is a nice spectrum in enjoyment. 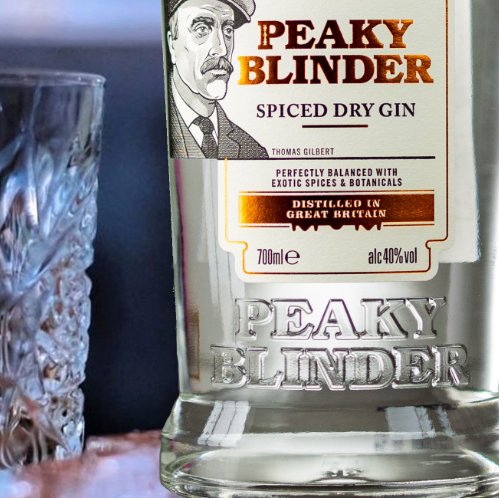 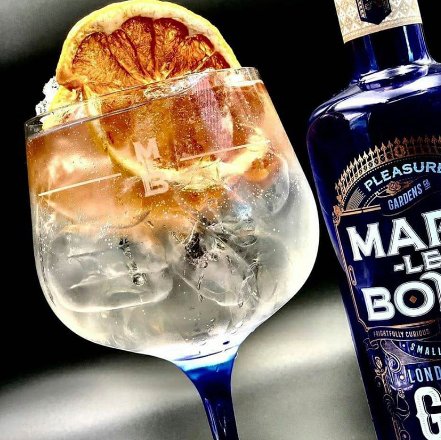 MaryLeBone is a gin produced in London with roots into the Marylebone district and the Marylebone Pleasure Garden, in former times visited by princes and queens from Wales..

MaryLeBone London Dry Gin is distiolled with 13 beautiful botalicals which all makes this a beautiful, delicate and complex gin, bursting with floral overtones, with a strong juniper, sweet citrus and grapefruit taste leading into more intense floral and citrus notes. A beautiful warming finish with notes of cassia, cloves and liquorice.

The MaryLeBone Orange & Geranium is a award winning flavoured gin with delicat enotes of sunny oranges and sweet geranium.

The JJ Whitley range was in launched in 2016 and is named after John James Whitley, the first of the revered Whitley family, who began distilling their own homemade gin in 1762. 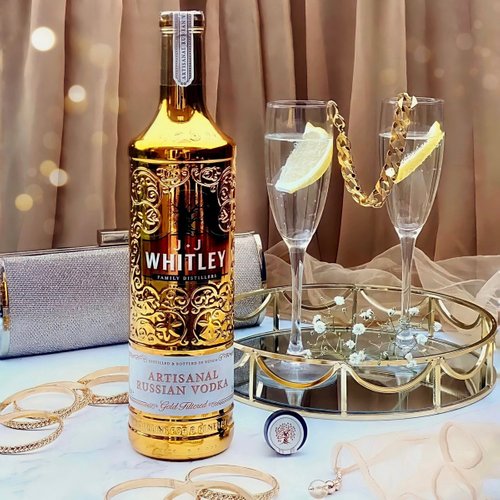 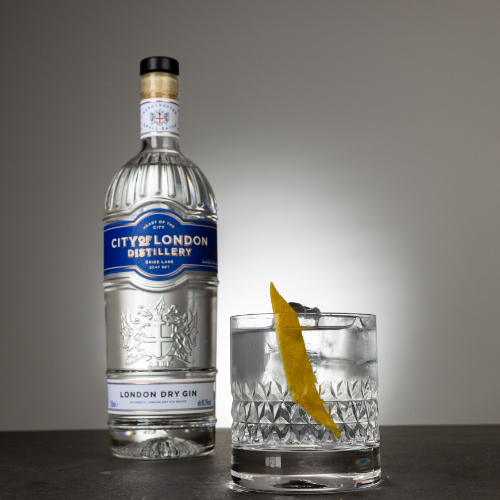 City of London is a range of connoisseur’s London Dry Gins, flavoured with a fine balance of juniper berries, angelica, liquorice and coriander seeds – with fresh orange, lemon and pink grapefruit added also to give the gin its distinctive zesty notes.

Cantarelle Gin de Provence is a light and perfectly balanced gin made in the heart of Provence in the south of France at Domaine de Cantarelle. The domain is located near Verdon National Park and extends more than 175 acres og beautiful landscape.

As smooth as it is light, this beautiful gin is the result of master distiller Oliver Blanc's carefully selection of juniper, coriander and many other gin botanicals combined with grapes from the domain.

The light and balanced gin can be enjoyed need as is, or in a cocktail or Gin & Tonic. 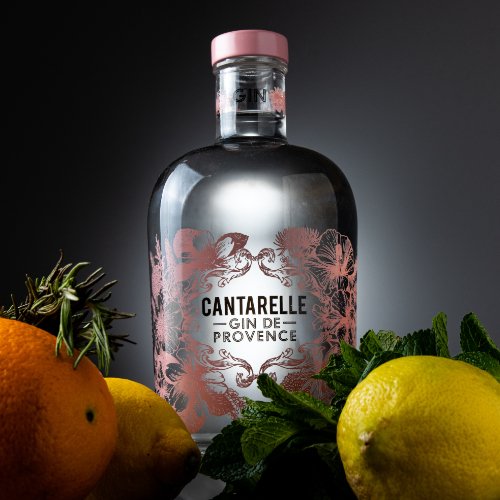 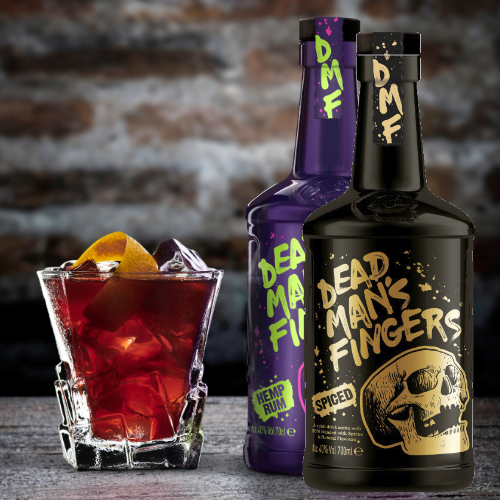 Dead Man's Fingers is a spiced rum created by the owners of Cornwall restaurant The Rum & Crab Shack.

Dead Man's Fingers Spiced is a blend of rums from Trinidad and Barbados that is aged for three years, this has notes of orange, nutmeg, vanilla and raisin.

Dead Man's Fingers Hemp is said to be the world's first CBD Hemp Rum! CBD occurs naturally in hemp, and the plant is blended with Dead Man's Fingers Rum. It contains no THC though, so don't worry, there's no psychoactive effects. 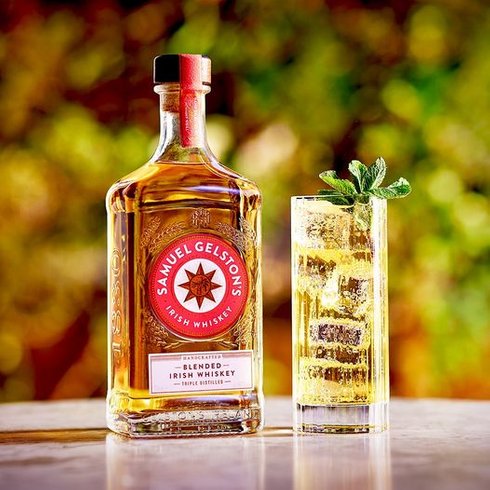 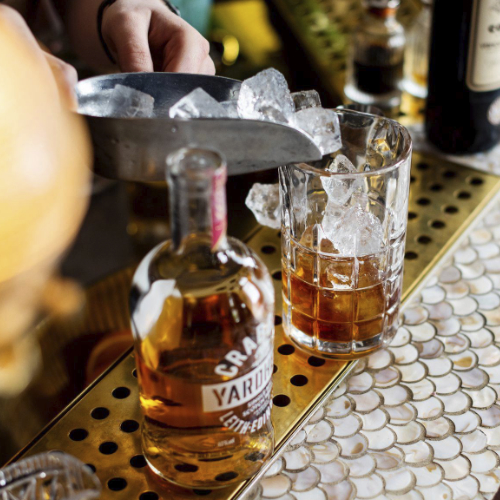 John Crabbie was born on 2nd December 1806, and his excellent business skills resulted in among other initiatives and results in etstablisment of The North British Distilling Company, distilling and supplying a new, independent source of grain whisky. Today Crabbie's is a wide range of excelent Scotch Whisky's, all well recommended.

Distilled and tropically aged in small American white oak casks. Due to the warm climate of the Caribbean, spirits mature quicker, giving the Rum Sixty Six the complexity and flavour of a comparable spirit twice its age. 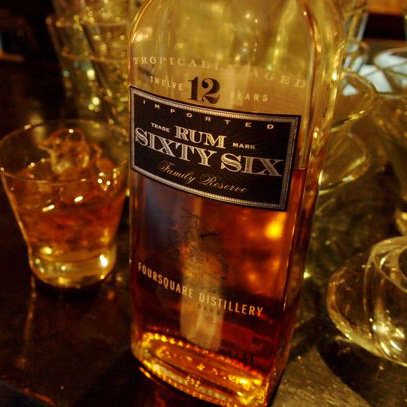 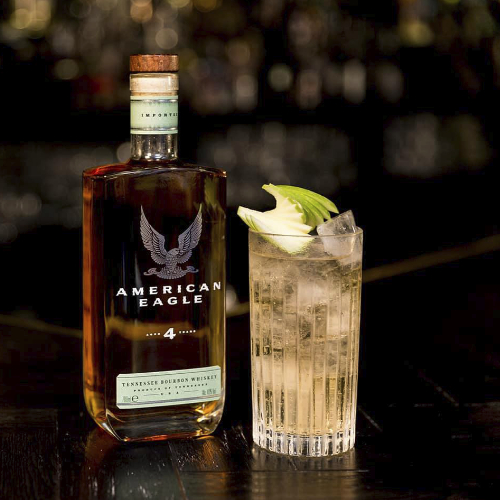 Distilled from a mash bill comprising 84% corn, and afterwards matured in American oak barrels and underwent a charcoal-mellow filtration process.

Smiley reports from The Danish Veterinary and Food Administration